It was a truly precious opportunity to strengthen the cooperation with the highest authorities from the Mediterranean archipelago, in particular due to the problems Malta has experienced for a while, especially in terms of lack of Volleyball activities. With the help of their new leadership, the Malta Volleyball Association have drafted ambitious plans to initiate a number of projects and activities, especially the CEV School Project, with a focus on the further development of Volleyball in schools.

The MVA wish to work closely with younger coaches and physical education teachers, and the development of Beach Volleyball stands out as the most important part of their planned activities. This should also involve gradual involvement and participation in international events, while the organisation of some Beach Volleyball tournaments and age-group events is well under consideration too.

President Gatt expressed his gratitude for the meeting hosted by the CEV President, for the time spent in good and fruitful talks and said he very much looks forward to strengthening the cooperation with the CEV even further in the near future.

CEV and the Malta Volleyball Association wish to work together not only on the promotion of international cooperation, but also to make sure that the support provided by government, regional and local authorities can help grow Volleyball in Malta at a much faster pace than it has happened this far.

Swieqi Phoenix Yobetit win the Preseason Tournament without losing a single set and getting a perfect score of ’12’. Fleur-de-Lys are the Runners Up with a score of ‘9’ and Paola follow with a point score of ‘6’.

Well Done to all the Players during this Preseason Tournament. 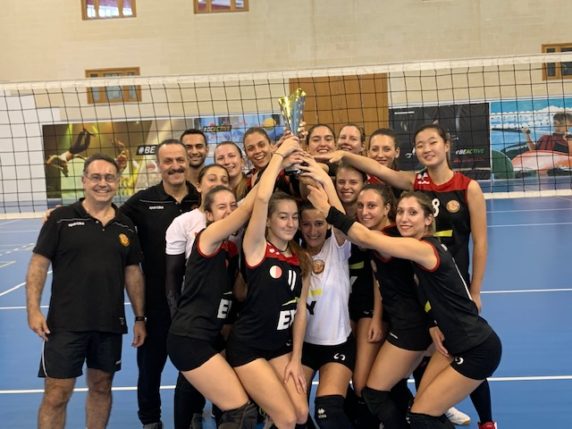 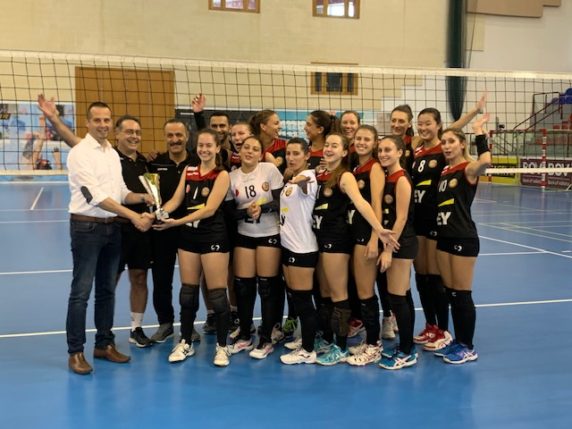 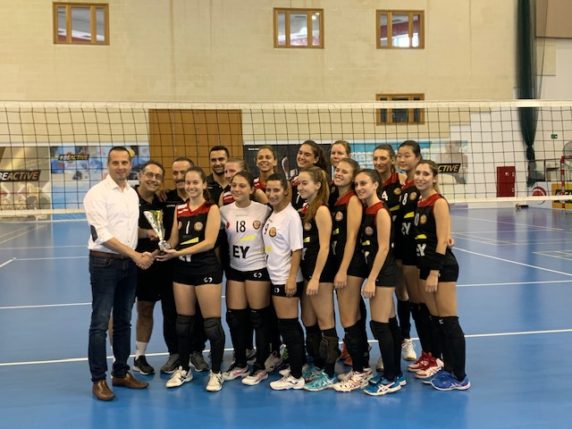 The Winners of the Pre-Season Tournament Celebrate their Deserved Trophy 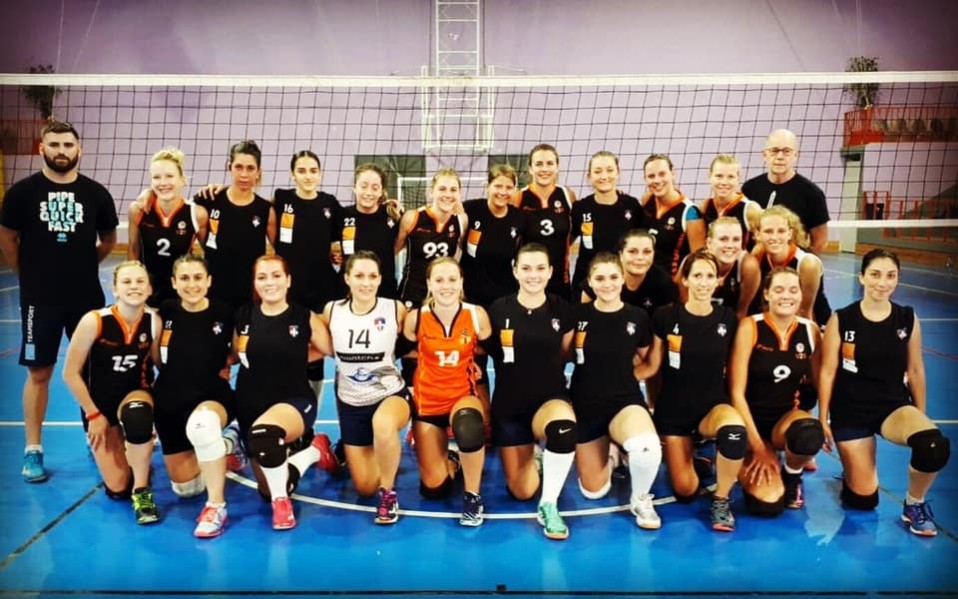 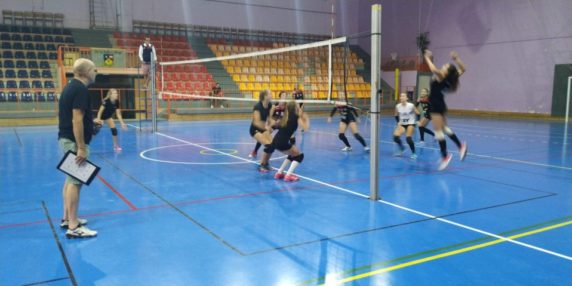 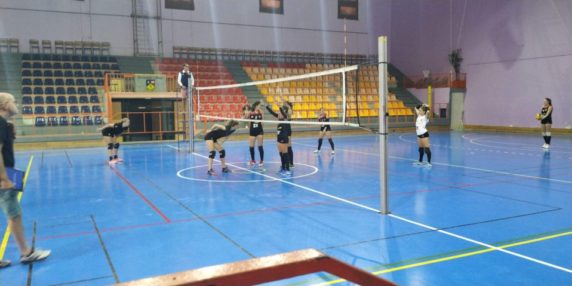 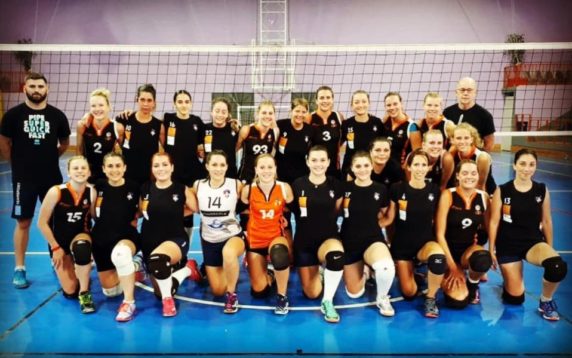 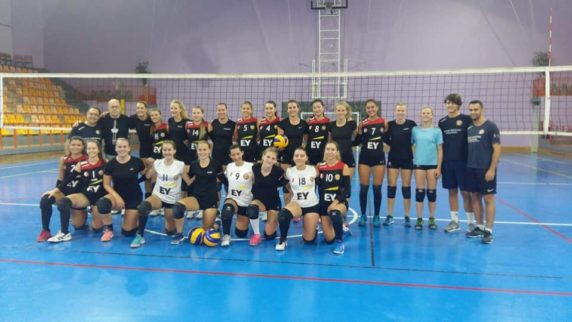 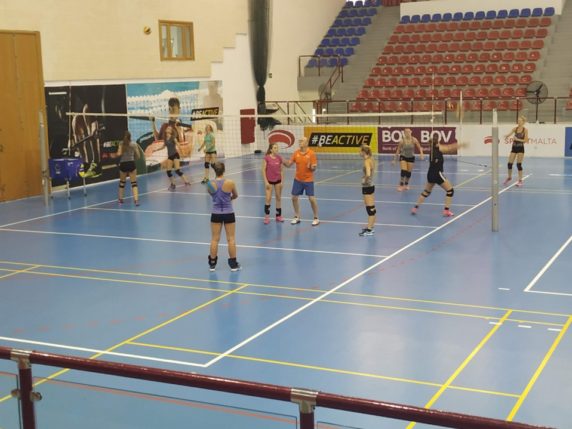 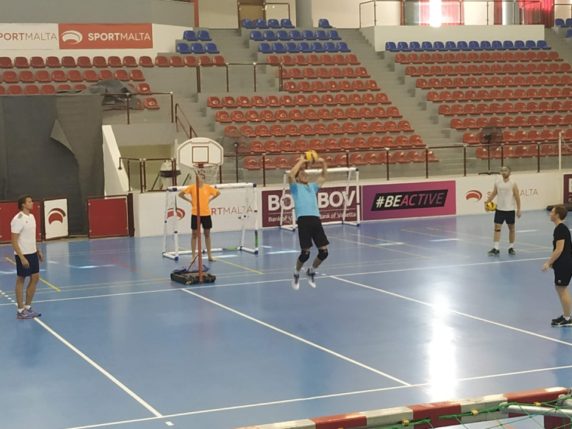 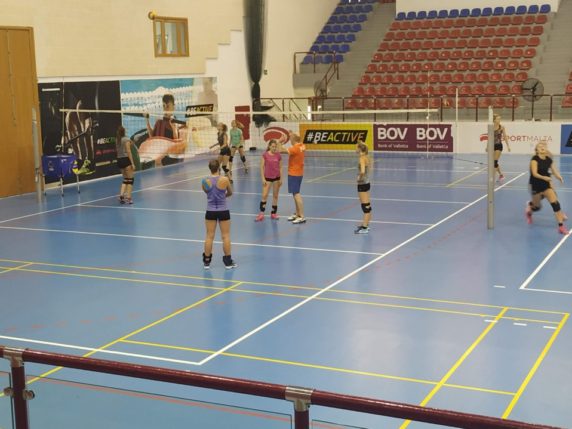 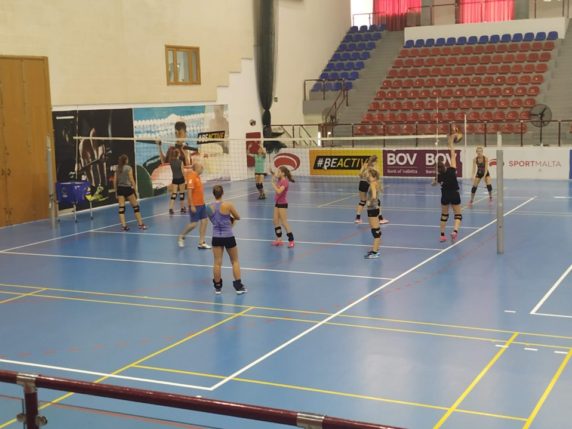 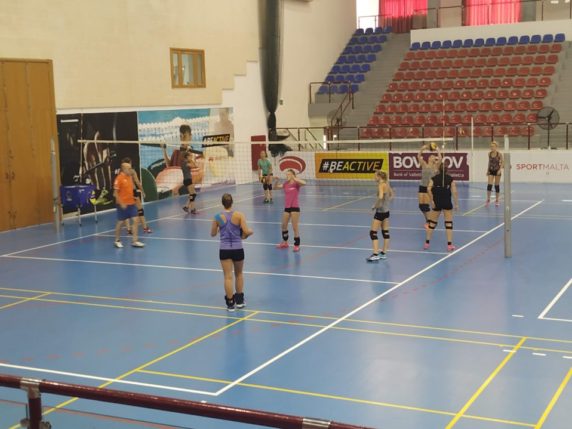 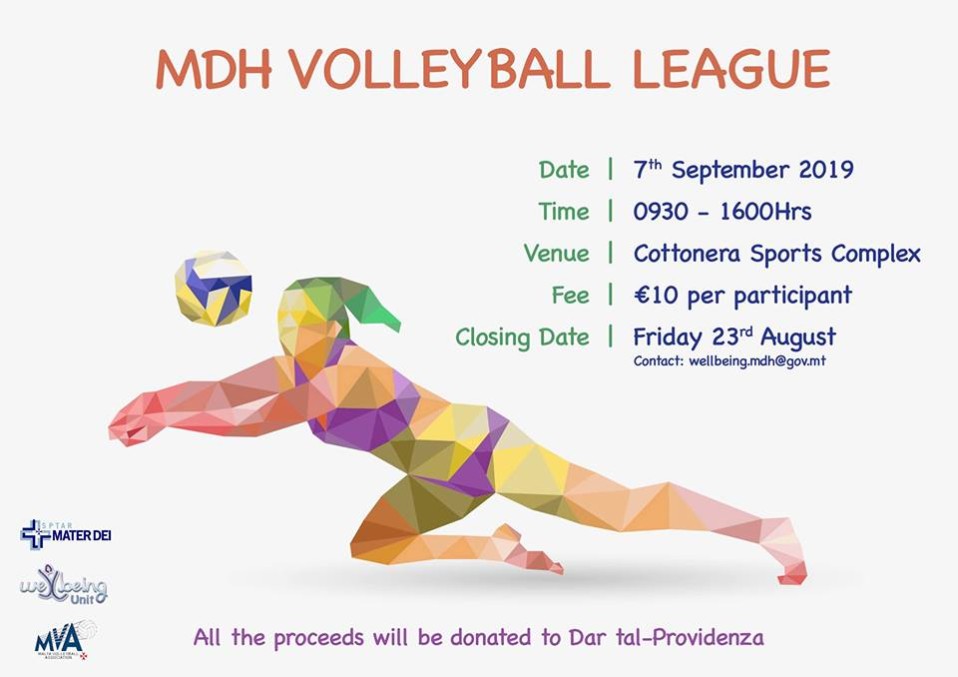 The Malta Volleyball Association is pleased to announce the appointment of Mr. Goffredo Guazzoni as assistant coach to our Technical Director Edvaldo Carvalho Da Silva for both the senior national team and the Under 23 YDTP.

Goffredo is a qualified FIPAV coach and over the past 10 years has coached several teams in Italy and Malta including Valletta Mapei, Toyota Playvolley, Pallavolo Sestese and AP Castellettese.

We are confident that his involvement in the national teams and YDTP will be positive to the teams and to players individually.

MVA’s President Jesmond Saliba thanked Mr. Dalton Caruana for his sterling work and tireless dedication towards the coaching aspect of the senior national team in its journey towards the last GSSE Games. He also expressed his gratitude to Mr. Leonard Zammit Munro for his energy and commitment in the assistance at coaching level of the YDTP players. Leonard will continue to coordinate the YTDP programme, in line with his role in Youth Development which he has been successfully fulfilling within the MVA. 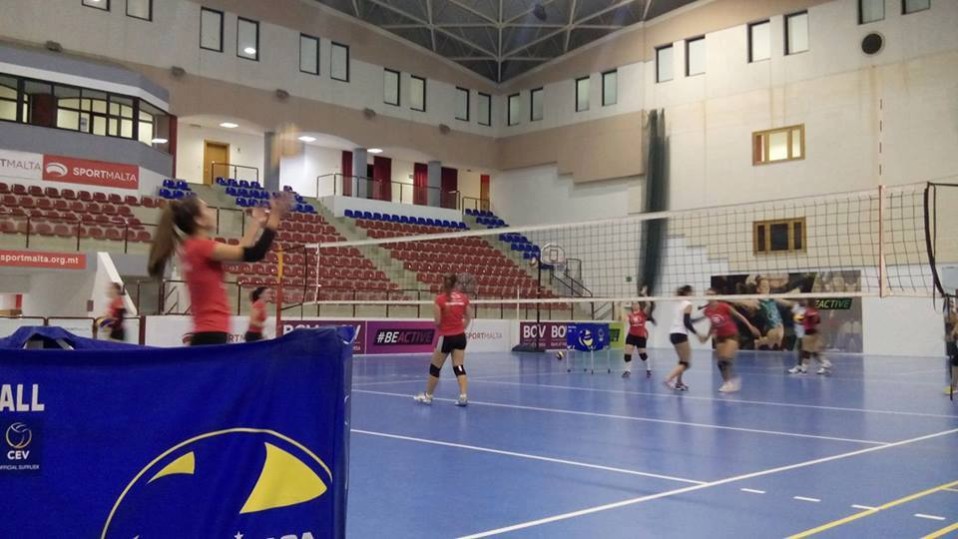 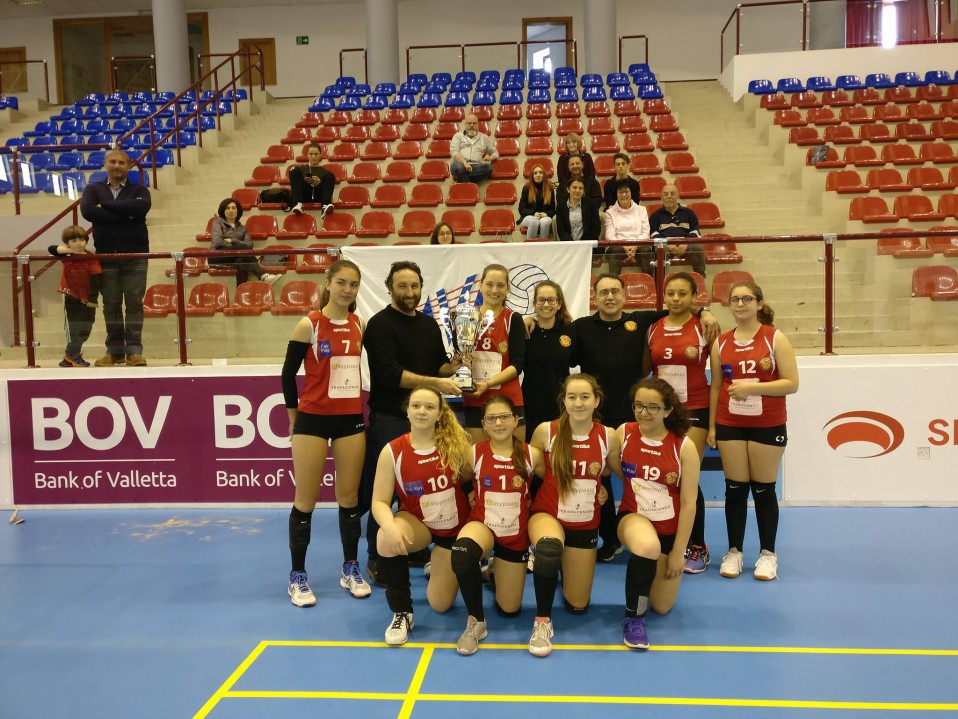 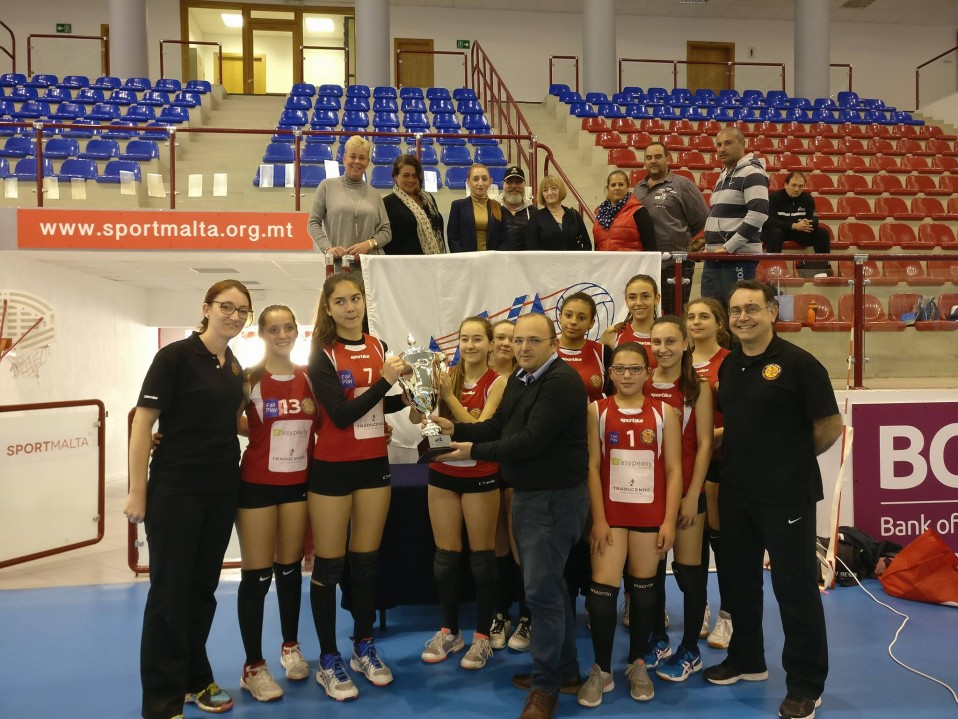 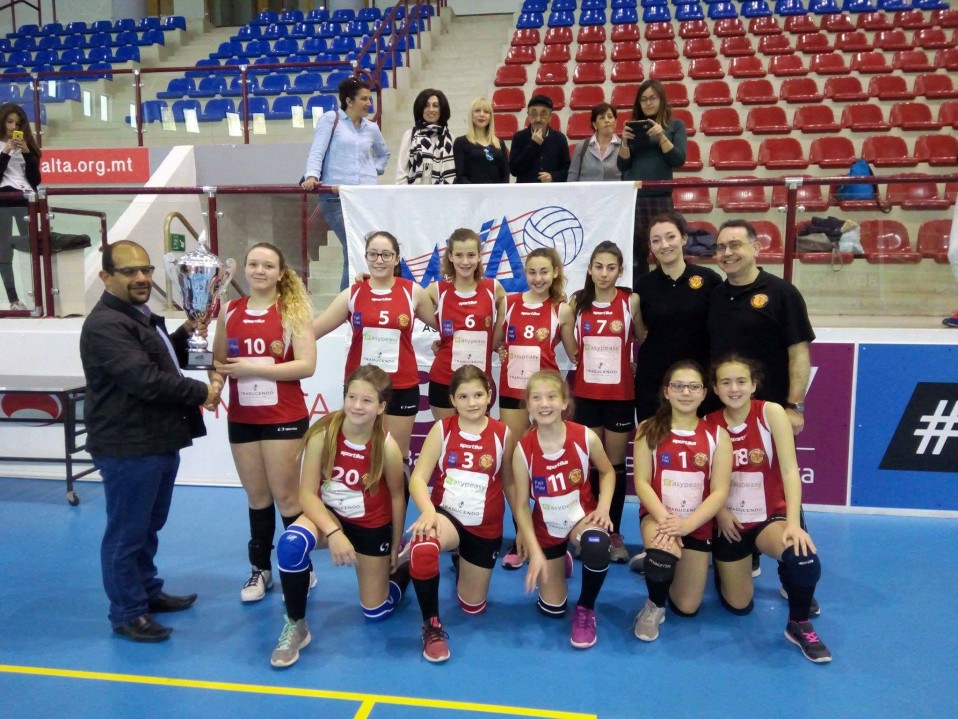 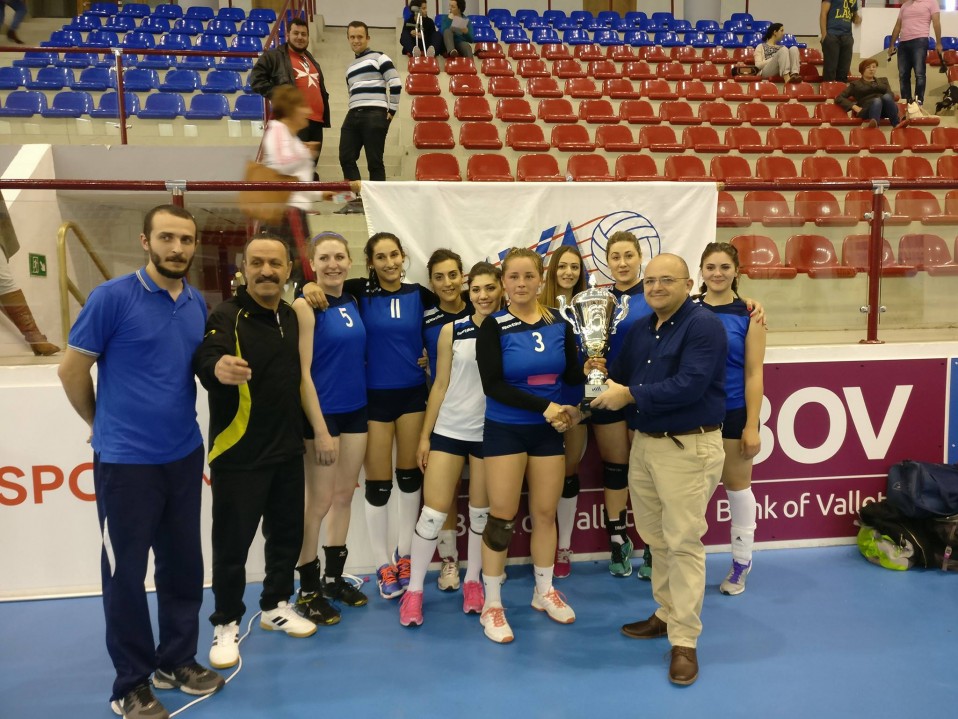 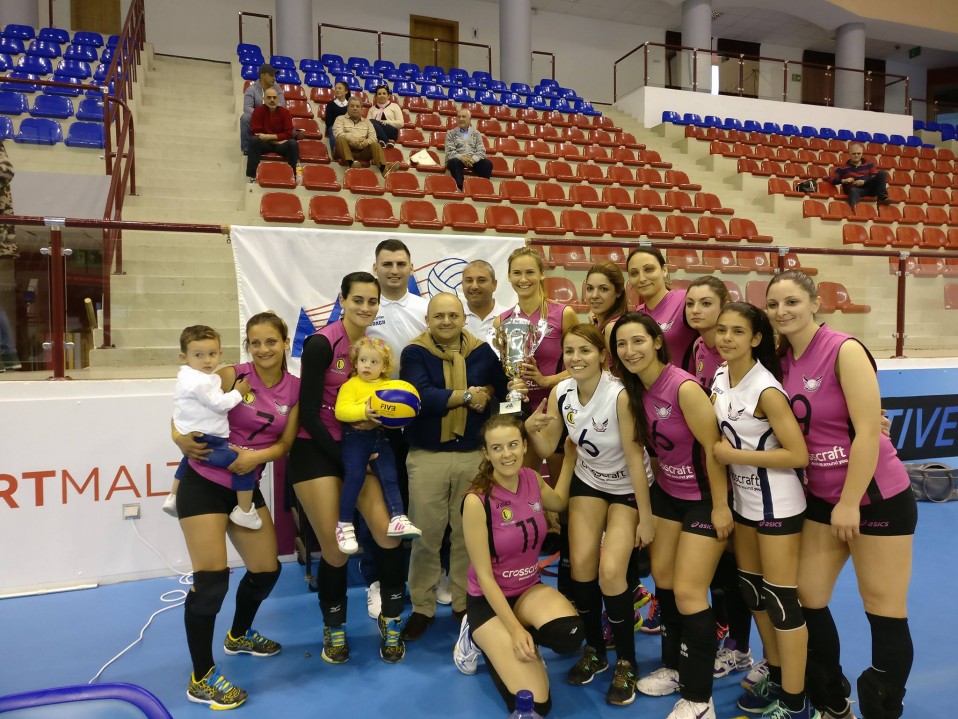 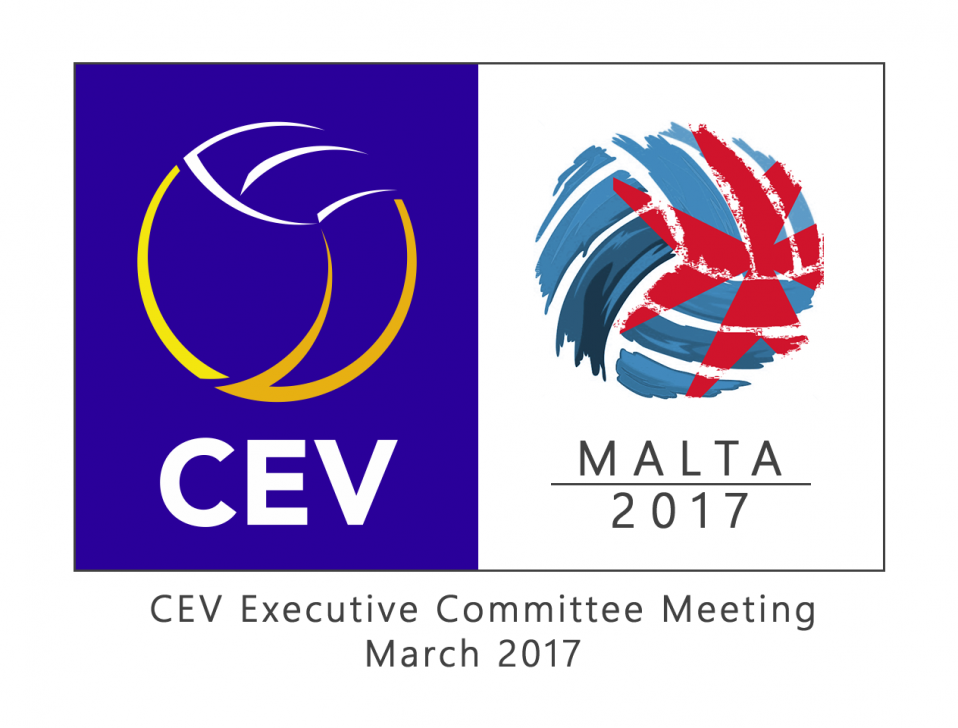 Today an important partnership between Fundación MAPFRE and the Volleyball Malta was signed.

The signing ceremony was held in the presence of H.E. The President Marie-Louise Coleiro Preca at San Anton Palace.

Mr Oscar Picazo of Fundación MAPFRE, stated that for this year’s edition of ‘Caqlaq’, Fundación MAPFRE will be teaming up with the Malta Volleyball Association (MVA), which will be implementing the programme on its behalf. Mr Picazo said that both Fundación MAPFRE and the Malta Volleyball Association (MVA) share a concern for the increasing consequences related to the lack of physical exercise, particularly amongst children, and the certainty that in most cases, this is due to a lack of awareness of the positive effects of healthy lifestyle habits, in particular that of regular exercise. Mr Picazo confirmed that both parties “strongly believe that the situation can be greatly improved by encouraging children to participate in activities where they can enjoy physical exercise, including activities within a team sports environment, in a spirit of fun and teamwork.”

As part of the ‘Caqlaq’ programme, the MVA will be conducting a series of visits to primary and secondary schools, and organise events for schoolchildren. The focus of these activities will be to give children exposure to physical activity, within a fun environment, while enabling them to experience aspects of physical activity, such as basic motor skills, agility, movement coordination, and teamwork.

Mr Jesmond Saliba, President of the Malta Volleyball Assocaition said that “The aim is to develop children’s interest in regular physical activity through participation in a sport, at least at a basic level. We also see this as a vehicle for social inclusion through sport, which is an underlying theme of the Maltese Presidency of the EU and something which we, as an Association, strongly believe in. Therefore the theme we will adopt for this year’s ‘Caqlaq’ programme will be ‘Let’s all play!’.”

The President also thanked the Malta Volleyball Association, for partnering in this edition and in the way it embraced its commitment towards society in the field of sport, formation and social inclusion.

The President also said that, initiatives such as this are also an effort to creatively support the work of sports diplomacy, as a means of increasing dialogue and cultural understanding among the diverse communities.

Lastly, President Coleiro Preca stated that these activities continue to raise awareness about the importance of living a healthy lifestyle, thus maintaining the wellbeing of the individual, of the family, and of the community. 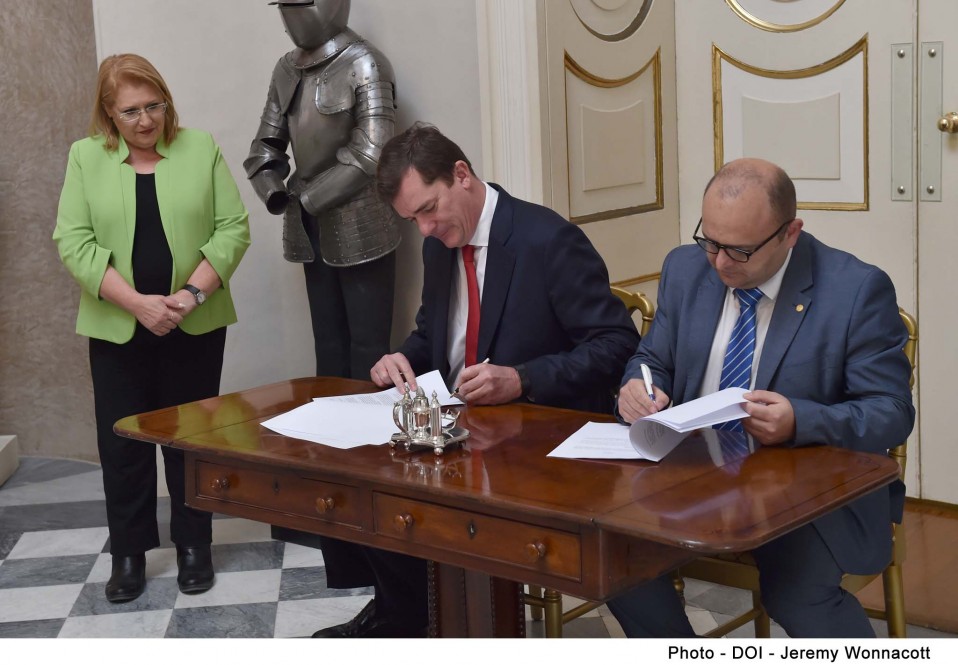 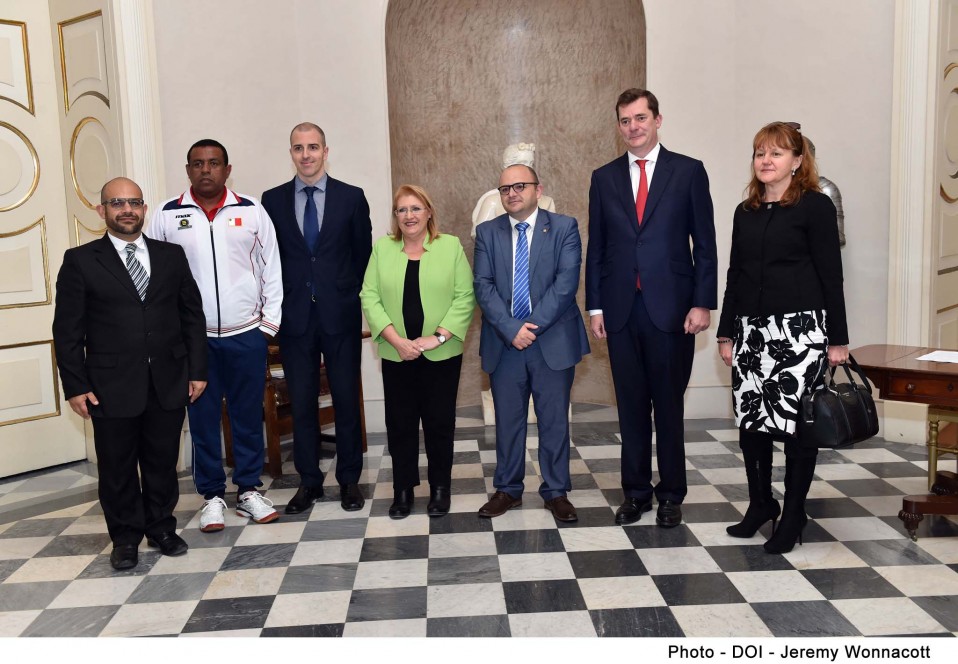 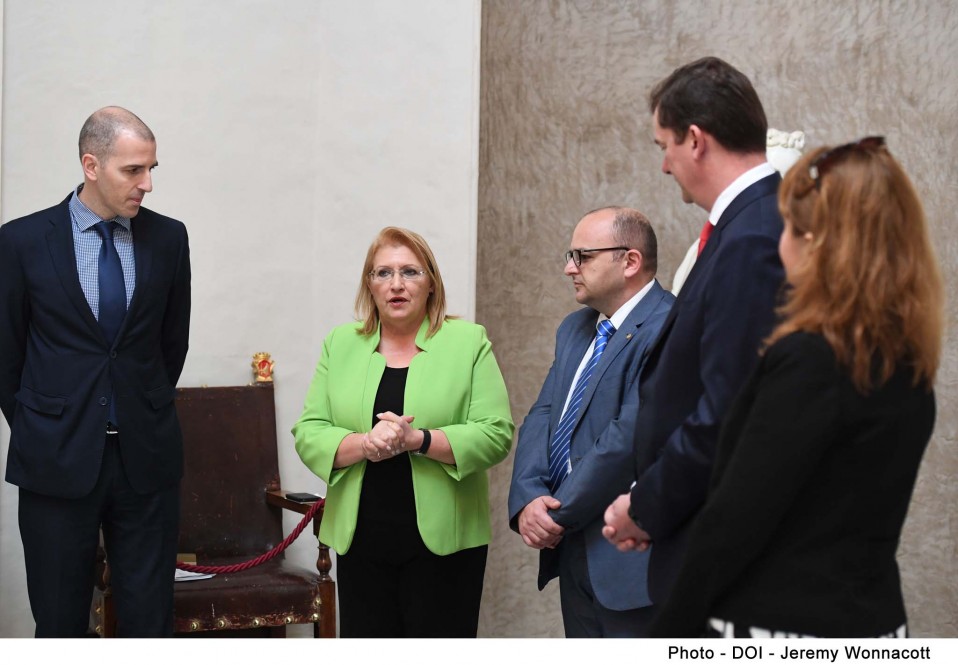 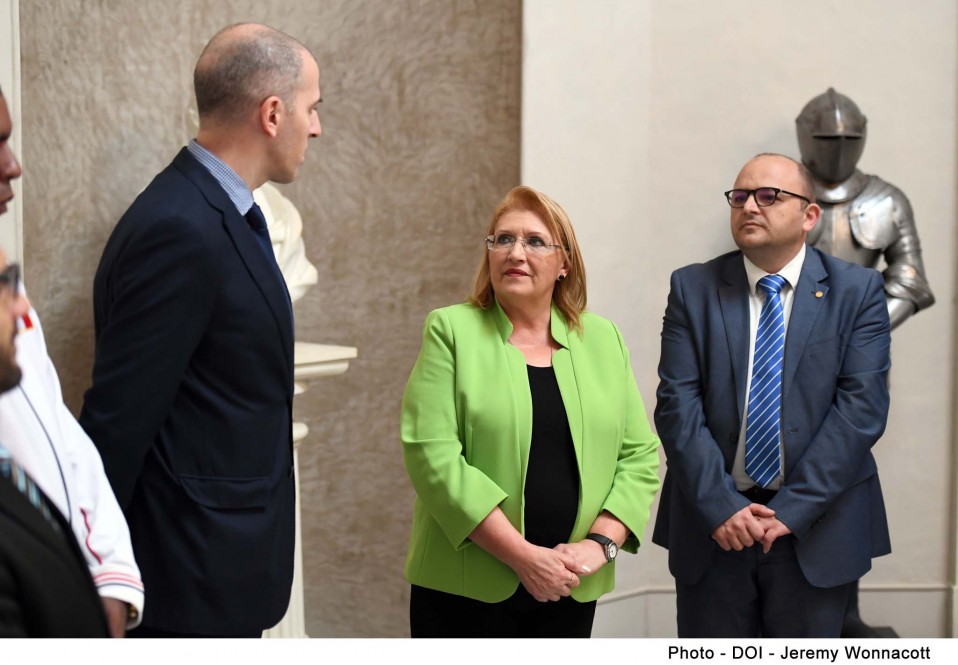 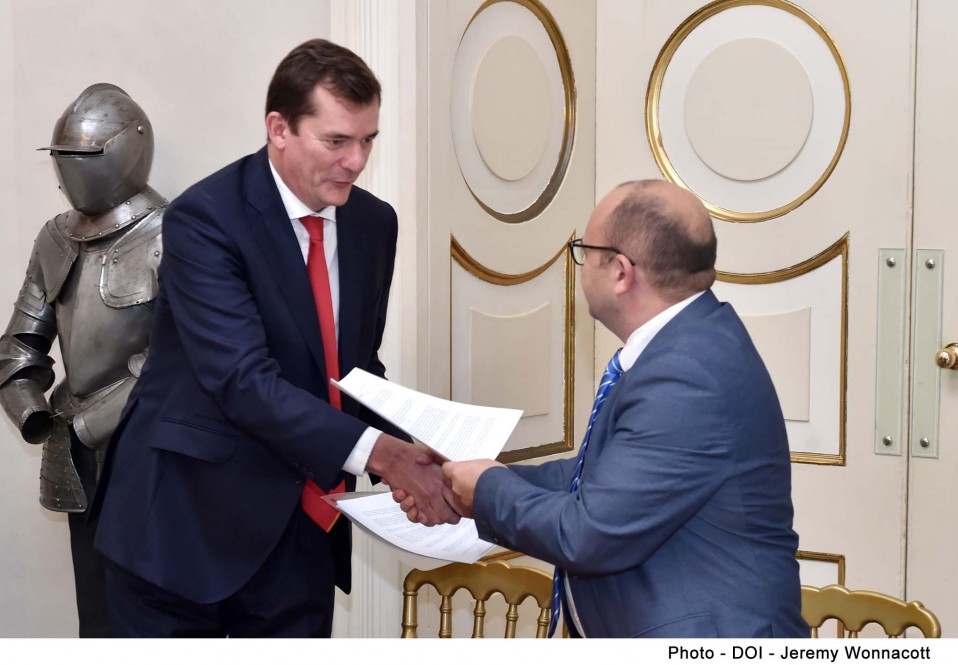 Valletta Mapei were declared Males’ League champions after managing to open a seven point lead at the top of the standings with only two matches to go.  In the Ladies’ 1st Division Swieqi Phoenix beat Birkirkara to go just one point away from top team Sliema Wanderers.

Valletta Mapei took some time to settle themselves in their match against Mgarr, with the former playing without a number of regular players.  Mgarr started the first set with Clayton Portelli and Cedric Bondin being constantly fed attacking balls by setter Franco Debono, and with Valletta finding it difficult to stop them, Mgarr took the first set 25-21.  Predrag Schindler also had a good match, constantly putting pressure on the Valletta defence with his serves.  However, from the second set onwards, Valletta’s main attackers, Robert Balzan and Reuben Vella, starting playing better and combined with Jonathan Chetcuti’s blocks from the middle, turned the match around to a 3-1 win.

In the other match, Aloysians obtained their first win of the season again Fleur de Lys, beating them 3-1 in the process.  Due to various reasons, the Blues also had a number of regular players missing, with Aloysians immediately taking advantage of this situation, winning the first two sets 25-16 and 25-19.  Fleur de Lys made a comeback in the third set; however it was soon over as Aloysians, with Gianmarco Rabuazzo and Edmond Vassallo having a good match, soon took the fourth set 25-10.

Swieqi Phoenix continued putting the pressure on table leaders Sliema Wanderers when they beat Birkirkara 3-0 in a match that they dominated from the start.  There were no doubts where the three points were going, with Swieqi Phoenix being better than their opponents in every aspect of the game.  Swieqi are now just one point away from Sliema, and with another direct encounter between the two teams still to be played, everything is still possible at the top of this division.